The Bhamdoun Jewish Synagogue 🕍 The Temple was built to serve the prayer... (Bhamdoûn, Mont-Liban, Lebanon) 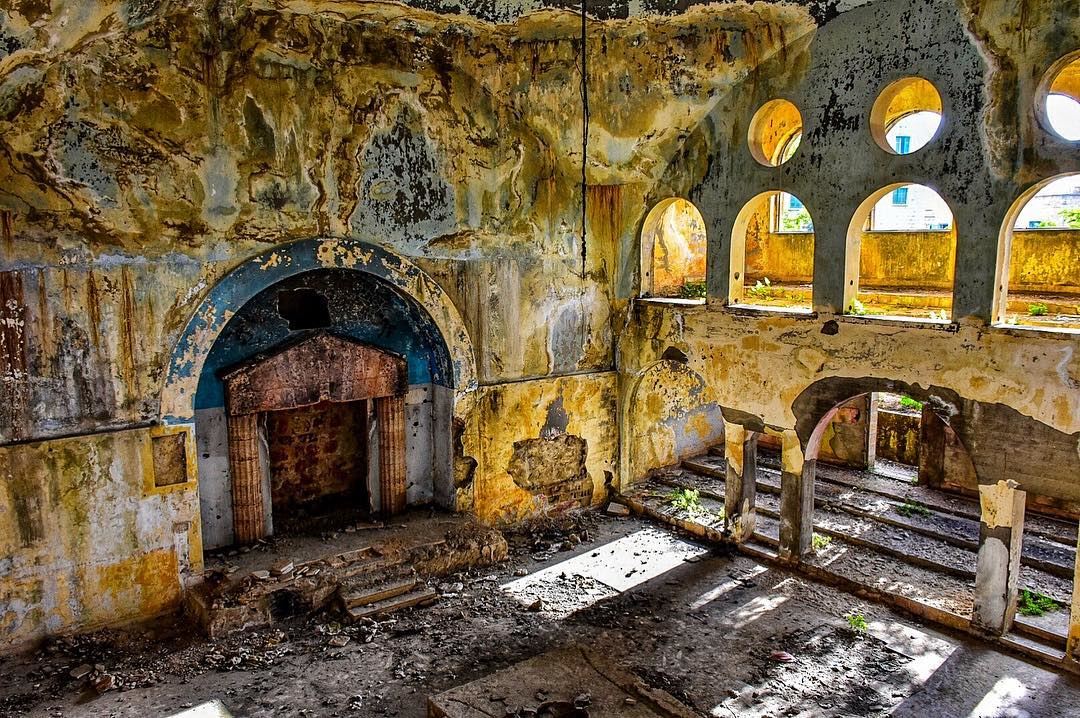 The Bhamdoun Jewish Synagogue 🕍 The Temple was built to serve the prayer... (Bhamdoûn, Mont-Liban, Lebanon)

The Bhamdoun Jewish Synagogue 🕍
The Temple was built to serve the prayer needs of the Lebanese Jewish Community that was summering in Bhamdoun instead of going down to pray to Beirut or Aley, and the Jews called it the New Temple because it was the last temple built in Lebanon in a summering center.
An older temple already existed in the nearby summery center which was the temple of Aley (Ohel Jacob) and which was built in 1895 by the benefactor Ezra ANZAROUTH, for the Jewish community which had been in the mountains since the end of the 19th century precisely in the city of Aley.
On November 6, 1944, the Jewish community bought land at Bhamdoun Al Mhatta.
Those who paid the construction costs of this temple were Jewish personalities of the community such as: SASSON, METTA, SAFRA . These people decided not to give a specific name to the Temple, but to name it rather simply "TEMPLE OF BHAMDOUN".
The Jewish Achkenaze community had a house in Bhamdoun in which she organized her religious services.
There were also Jews from Lebanon who were summering at Aley.
In Bhamdoun, Jews spent their evenings at Café Traboulsi or Café Chamat where they played cards
In Bhamdoun, they ate at SROUR restaurant (Jewish restaurant) and PANAYOTI restaurant whose owner was Greek.
During the events of 1975-1976, some Jewish families settled in Bhamdoun and conducted their ritual prayers in this city freely, despite the fact that the city was under the domination of the Syrian National Socialist Party and Palestinian militias.
The Jewish community in Bhamdoun was therefore under the protection of the Syrian National Socialist Party and FATH, the Palestinian militia. So the Temple does not suffer any damage.
The Temple closed when the Syrian Army entered Lebanon and reached the confines of Bhamdoun on May 31, 1976. .📍The Bhamdoun Synagogue, Bhamdoun Al-Mhatta, Sabra Str. Lebanon 🇱🇧.
.
.
#bhamdoun_synagogue #bhamdoun #lebanon #synagogue #urbex #jewishheritage #jewish #shabatshalom #jewsoflebanon #shrine #temple #abandonedplaces #abandoned #abandonedbuilding #urbex_supreme #libano #liban #worldcaptures #worldshotz #travel #explore #adventure #discover #travelphotography #viaggio