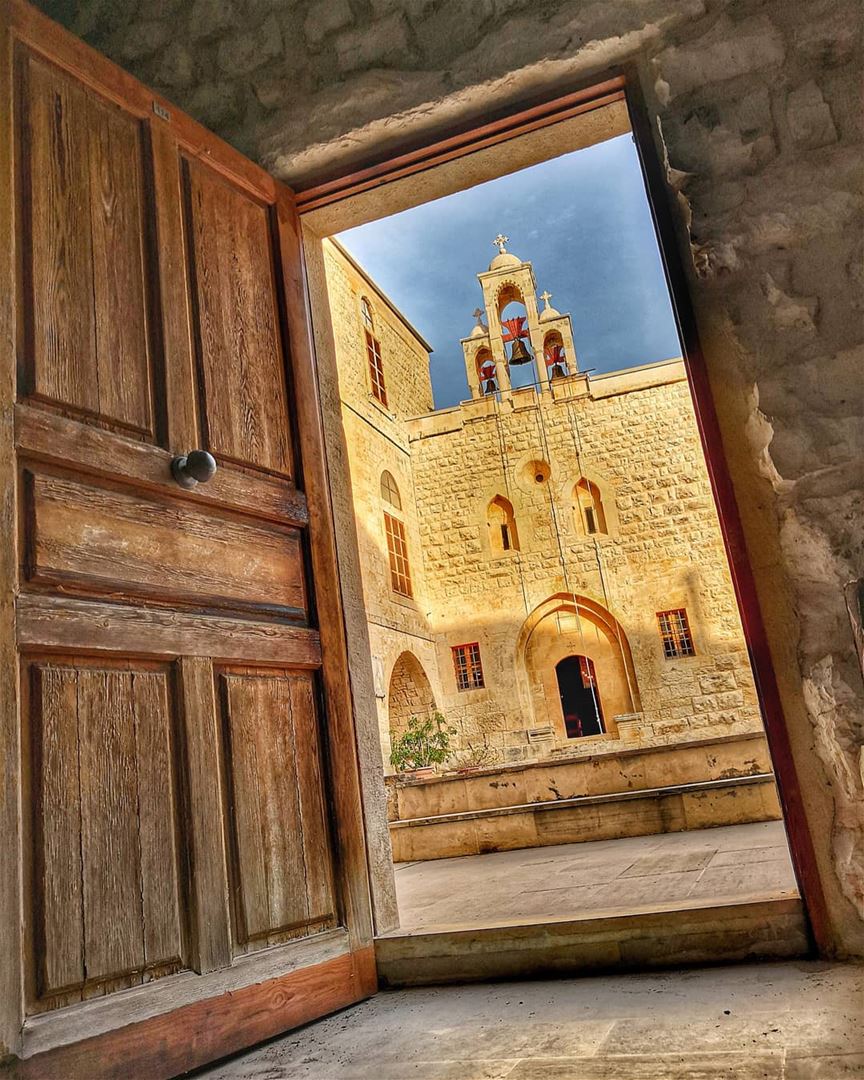 💙💛💙 Monastery of Saint John Maron; Kfarhay - Batroun #northlebanon.
(#Kfarhay is a Syriac word which means "The Pure Place")... Most resources state that the #Monastery was probably built during the 7th century around the year AD 676 by Patriarch Youhanna Maroun (John Maron) who moved over the relics of "the head of Saint Maron" into it; thus the Monastery became the first See of the #Maronite Patriarchate...
The Monastery was destroyed by wars and ensuing acts of persecution.
Based on inscriptions found on a marble plate mounted on one of the internal walls, the Monastery was restored several times the latest of which was in 1996 by the endeavor of Bishop Boulos Emil Saadé.
The inscriptions state: "His Beatitude and Eminence Patriarch Cardinal Mar Nasrallah Boutros Sfeir sanctified the restoration works of the Monastery of Saint Youhanna Maroun in Kfarhay during the term of His Excellency Bishop Boulos Emil Saadé the general patriarchal deputy in the Batroun region on August 3rd, 1996," who returned the relics of the "Head of Saint Maroun" from Italy after one of the Benedict monks carried them over to the Monastery of the Cross in Sansovino in Italy in AD 1131, to be transferred later to a church built there in the name of #SaintMaron.
The bishop of Folignio moved it later on to the local cathedral after the church was demolished in AD 1449.
Following the exchange of successive correspondences between Bishop Boulos Saadé and Arduino Bertoldo, bishop of Folignio, an agreement was reached to send part of the relics inside a bronze statue through the general secretariat of the Vatican to the Apostolic Nunciature in Lebanon. Bishop Saadé handed over the relics to the Maronite Patriarchate on October 17th, 1998.
The relics were preserved at the consignment office of the Patriarchal See before they were moved over to the Monastery of Saint Youhanna Maroun...
___________________________________________________
#earliertoday #StJohnMaron #مار_يوحنا_مارون #batroun #churchbells #lebanonchurches #churchesoftheworld #lebanonhouses #Maronites #myLebanon #ig_lebanon #livelovebatroun