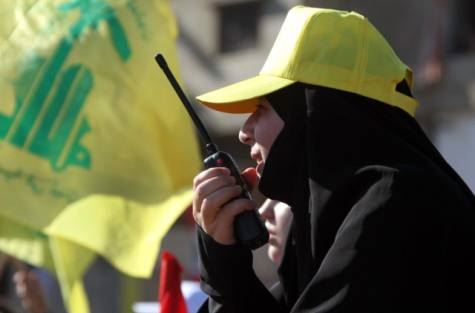 A Hizbollah security woman speaking on the radio during a rally marking the seventh anniversary of the 2006 Israeli-Hezbollah war, at the southern Lebanese-Ocupied Palestine (Israel) border village of Aita, South Lebanon.

Sayed Hassan Nasrallah said all preliminary investigations show Takfiri groups, a term for Sunni radicals, were likely behind Thursday’s bombing in a predominantly Shiite southern suburb of Beirut that killed tens of people and wounded more than 300.
Mohammed Zaatari/AP