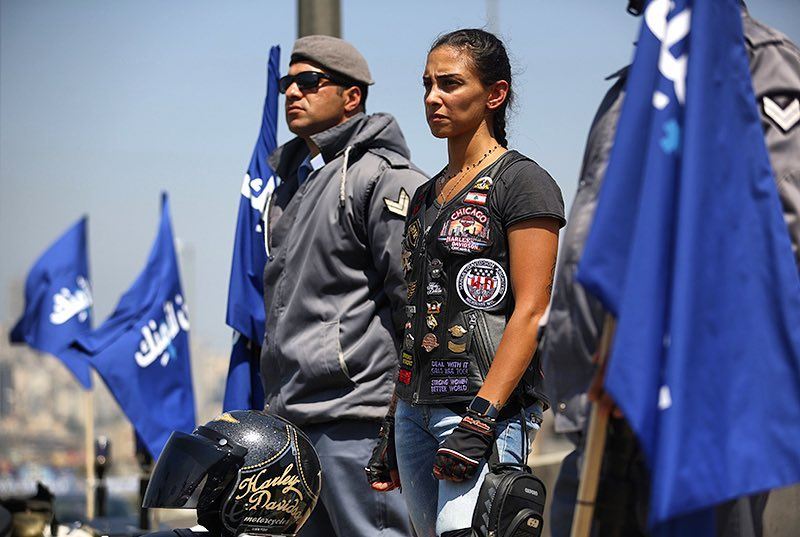 Good morning Beirut. A Lebanese woman, member of a Harley Davidson club, stands next to Lebanese police officers as they prepare to take part in a rally to create awareness on rape case procedures in Beirut on April 14, 2018. Lebanon Internal Security Forces (ISF) with the help of the NGO #Abaad (Dimension) a resource center for gender equality, now offer a rape kit that any victim of rape is entitled to once they file a rape case. This is protected by the law and any #ISF member who fails to inform the victim of this right will be prosecuted in a court of law. Abaad, Harley Davidson’s riders Lebanon Chapter (men and women) and ISF bikers drove around the Lebanese capital Beirut to raise awareness on the above waving flags of the NGO and the ISF. #isflebanon #beirut #lebanon #harleydavison #harleydavidsonlebanon #goodmorningbeirutbypbz #pbzinbeirut