Court of Venus and the MusesSome two hundred meters southeast of the... (Venus Temple) 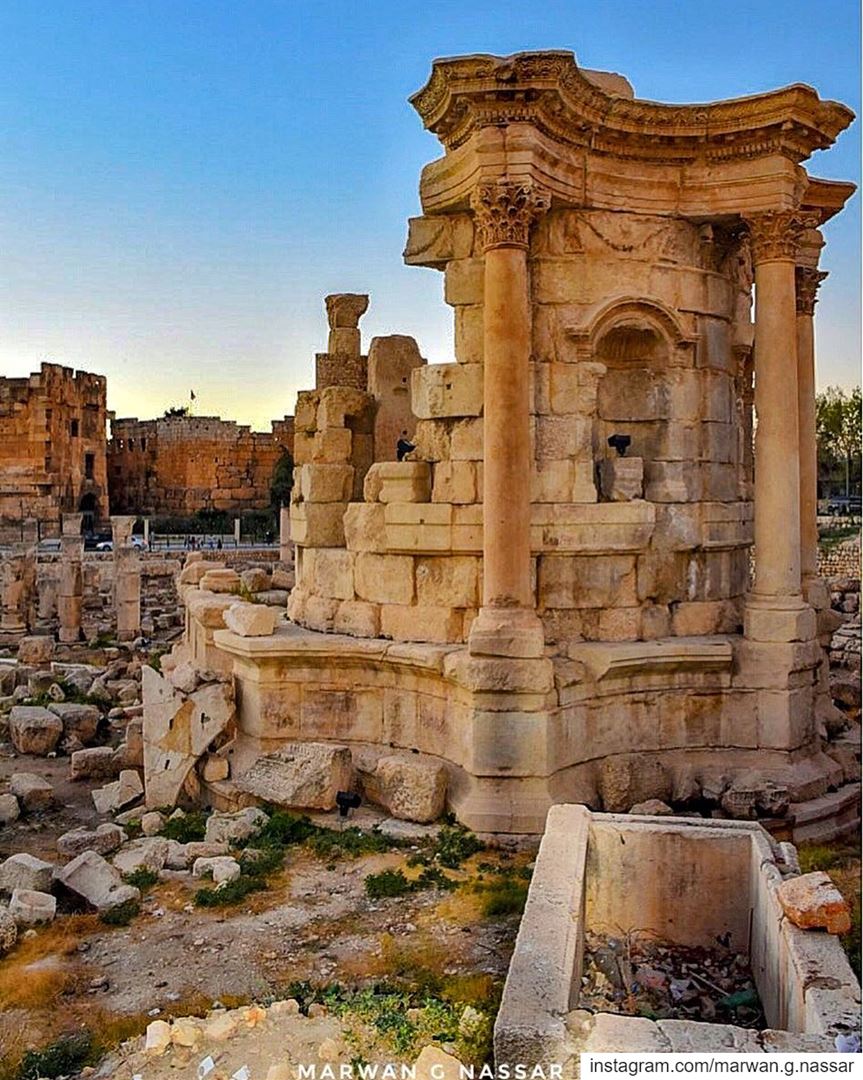 Court of Venus and the MusesSome two hundred meters southeast of the... (Venus Temple)

Court of Venus and the Muses
Some two hundred meters southeast of the altars on the Great Court of the temple of Jupiter in Baalbek, and separated from it by a colonnaded street, was the complex of Venus and the Muses. It is a more or less square field - in fact, trapezoidal - surrounded by a colonnade; on the field are two small shrines. The square one was dedicated to the Muses; in the other one, facing the Jupiter temple, Venus was venerated.

Temple of Venus
The temple of Venus was built in the third century. It has a highly original design: built on a horseshoe-shaped platform, it consists of a circular shrine with a square entrance that is almost as big. The outer façade of the shrine is graced by five niches, which means that there is not a single square wall. In the niches are representations of doves and shells, which has been taken as evidence that the shrine was dedicated to Venus.

The square entrance probably was not one of those classical triangle-shaped pediments supported by columns. In fact, the straight horizontal line was broken by an elegant arch. This is certainly not without parallel, but the baroque ensemble suggests that the architect wanted to show off that he was the best and the brightest. He succeeded.
If we are to believe the Christian author Sozomen, and if this is the the temple of Venus, this was also the place where, during the reign of the emperor Julian (r.361-363), pious Christian virgins were devoured by swine.note Sozomen adds that this was because the Christian authorities had, on an earlier occasion, outlawed sacred prostitution; killing the Christian anti-prostitutes was therefore a logical revenge. We cannot know whether the story is true; stories about ancient cultic prostitution are nearly always unreliable.
.
.
.
.📍 Court of Venus and the Muses, Heliopolis, Baalbek, Lebanon 🇱🇧.
.
.
.
#templeofvenus #heliopolis #baalbek #baalbeck #lebanon #roman #phoenician #heritage #archeology #discover #explore #travel #viaggio #voyage #architecture #travelphotography #travelstoke #worldshotz #theimaged #visualambassadors #tripadvisor #travelblogger #travelblog #agameoftones #bucketlist #history