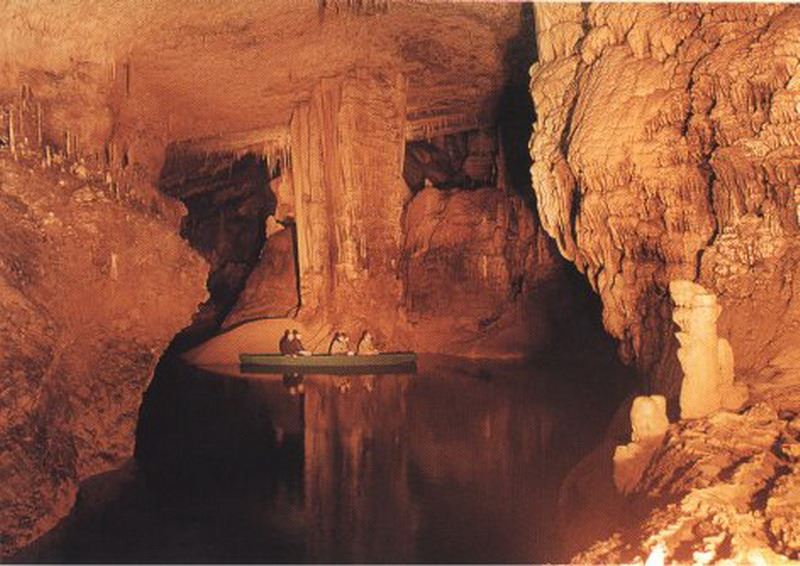 The Jeita Grotto (Arabic: مغارة جعيتا‎‎) is a system of two separate, but interconnected, karstic limestone caves spanning an overall length of nearly 9 kilometres.
The caves are situated in the Nahr al-Kalb valley within the locality of Jeita, 18 kilometres north of Beirut. Though inhabited in prehistoric times, the lower cave was not rediscovered until 1836 by Reverend William Thomson; it can only be visited by boat since it channels an underground river that provides fresh drinking water to more than a million Lebanese.

In 1958, Lebanese speleologists discovered the upper galleries 60 metres above the lower cave which have been accommodated with an access tunnel and a series of walkways to enable tourists safe access without disturbing the natural landscape.

The upper galleries house the world's largest known stalactite. The galleries are composed of a series of chambers the largest of which peaks at a height of 120 metres.

Aside from being a Lebanese national symbol and a top tourist destination, the Jeita grotto plays an important social, economic and cultural role in the country. It was one of top 14 finalists in the New 7 Wonders of Nature competition.