Stork (About Sa3d) From Yaroun 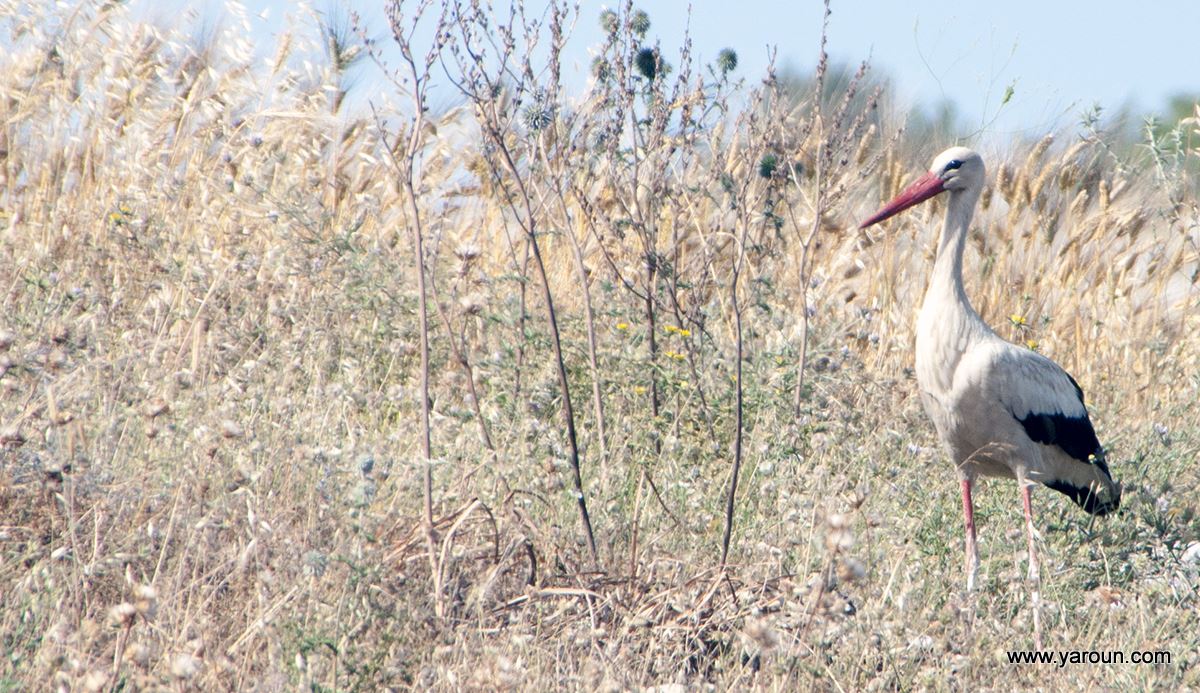 Storks also called in Yaroun as (Abou Sa3d) are large, long-legged, long-necked wading birds with long, stout bills. The usually come to Yaroun in spring until the beginning of summer on their way while migrating from the south to North. They usually do not settle but you can spot them all the time (because they are large birds) for a period of one or 2 months. Storks dwell in many regions and tend to live in drier habitats than the closely related herons, spoonbills and ibises; they also lack the powder down that those groups use to clean off fish slime. Storks have no syrinx and are mute, giving no call; bill-clattering is an important mode of communication at the nest. Many species are migratory. Most storks eat frogs, fish, insects, earthworms, small birds and small mammals. There are nineteen living species of storks in six genera. Storks tend to use soaring, gliding flight, which conserves energy. Soaring requires thermal air currents. Ottomar Anschütz's famous 1884 album of photographs of storks inspired the design of Otto Lilienthal's experimental gliders of the late nineteenth century. Storks are heavy, with wide wingspans: the marabou stork, with a wingspan of 3.2 metres (10.5 feet) and weight up to 8 kg (18 lbs), joins the Andean condor in having the widest wingspan of all living land birds. Their nests are often very large and may be used for many years. Some nests have been known to grow to over two metres (six feet) in diameter and about three metres (ten feet) in depth. Storks were once thought to be monogamous, but this is only partially true. They may change mates after migrations, and may migrate without a mate. Storks' size, serial monogamy, and faithfulness to an established nesting site contribute to their prominence in mythology and culture.